Discover the Beauty of Australian Gems

The great Southern Land of Australia has a lot of unique characteristics to offer, especially with its unusual geological conditions. It is under these conditions that gemstones have been able to form - which also attributes to their rarity. With a rich gemmological history that sets this continent apart from the rest of the globe, it is little wonder why so many investors want to claim a piece of rare history that simply cannot be replicated.

The many redeeming qualities of Australian gems are recognised by investors looking to add to their portfolios, especially in the case of Lightning Ridge black opals, Anakie sapphires and Argyle pink diamonds. Here, we invite you to join Pink Kimberley as we explore the beauty of these three Australian gemstones. 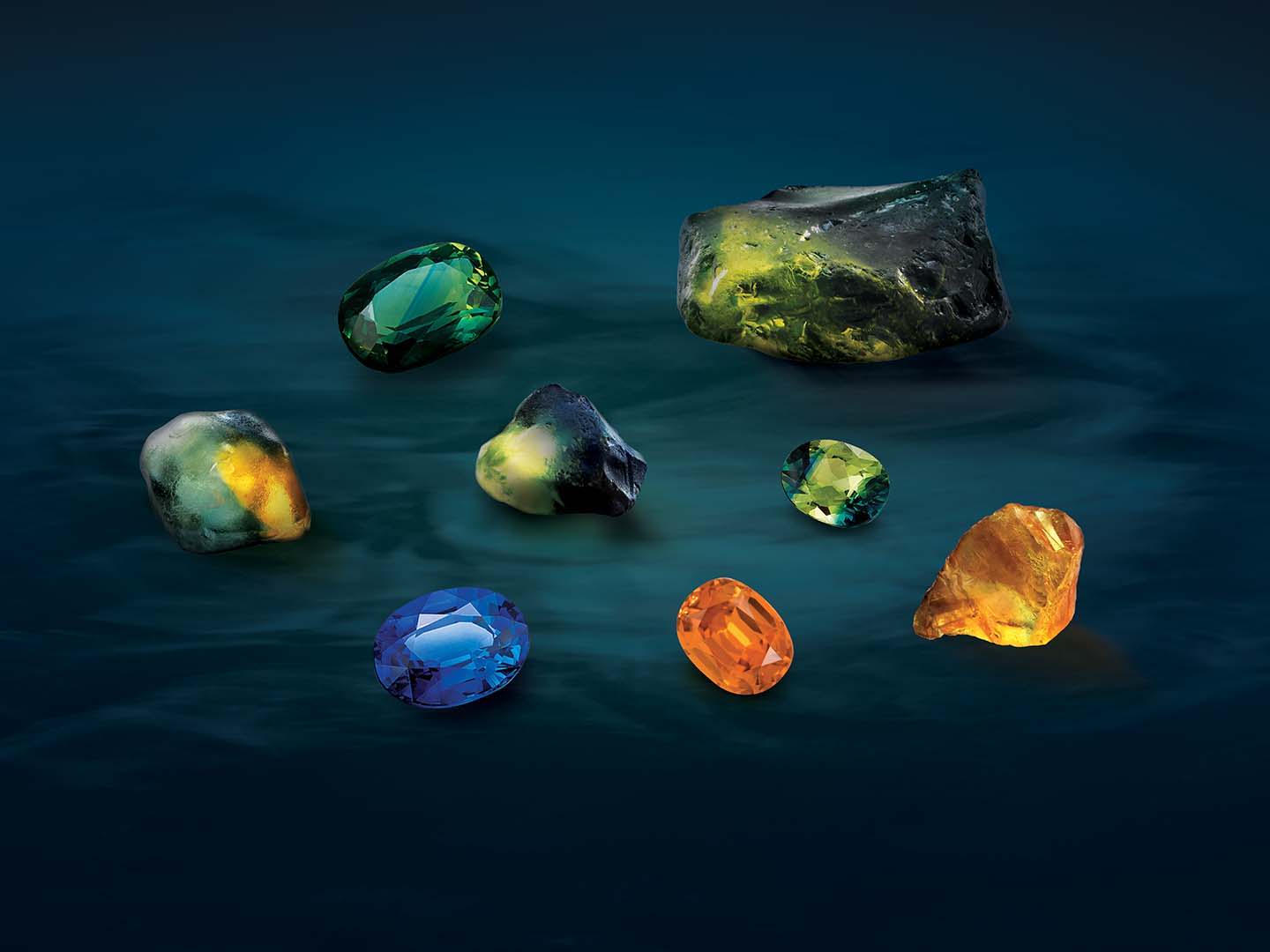 Since 1993, the Black Opal has been the national gemstone of Australia. Known as “the fire of the desert” to the aboriginal people of Australia, the majority of the world’s most precious opals are produced here. Perhaps the most famous of the black opals are those mined in the small town of Lightning Ridge, NSW.

Coveted for their cloudy appearance and the way the light dances behind these stones, opals are received in many coloured forms. The most common is a milky white opal while the black opal from Lightning Ridge is the only place on earth where it can be found - therefore making it the most valuable.

Precious sapphires can be found all over the world, which accounts for why they are not as exclusive as the Black Opal. However, what separates the Australian Sapphire from the rest of its counterparts is its high quality (and respectively, its value.) Historically, sapphires have been associated with royalty, alongside its sister gem, rubies.

The little township of Anakie in Central QLD is said to have produced some of the most famous sapphires ever discovered. Anakie is known as “Gateway to the Gems”, and its iron-rich environment assisted in producing darker blue sapphires which are admired all over the world today.

Since the late 1980s, Rio Tinto has been consistently producing and distributing pink diamonds to the world via its Argyle Diamond Mine in the East Kimberley region of Western Australia. For every million carats of rough diamonds mined each year, only 0.10% of the diamonds are considered investment-grade coloured diamonds, making pink diamonds extremely rare. The recent closure of the Argyle mine in November 2020 has significantly contributed to the higher price tag.

The pink diamond colours are naturally occurring and can vary between champagne pink and an almost red colour.

Own a piece of Australian gemmological history

To the discerning eye at Pink Kimberley, we use properties such as habit, shape, grade, lustre and light refraction to determine the test of a good gemstone. If you would like to add a pink diamond to your collection, please contact our team today to learn more about the stones we have on offer.

Start your search with a conversation with our Pink Diamond Experts, have us call you back or book an appointment today.