Consistent Portfolio Growth During Times of Uncertainty with Pink Diamonds 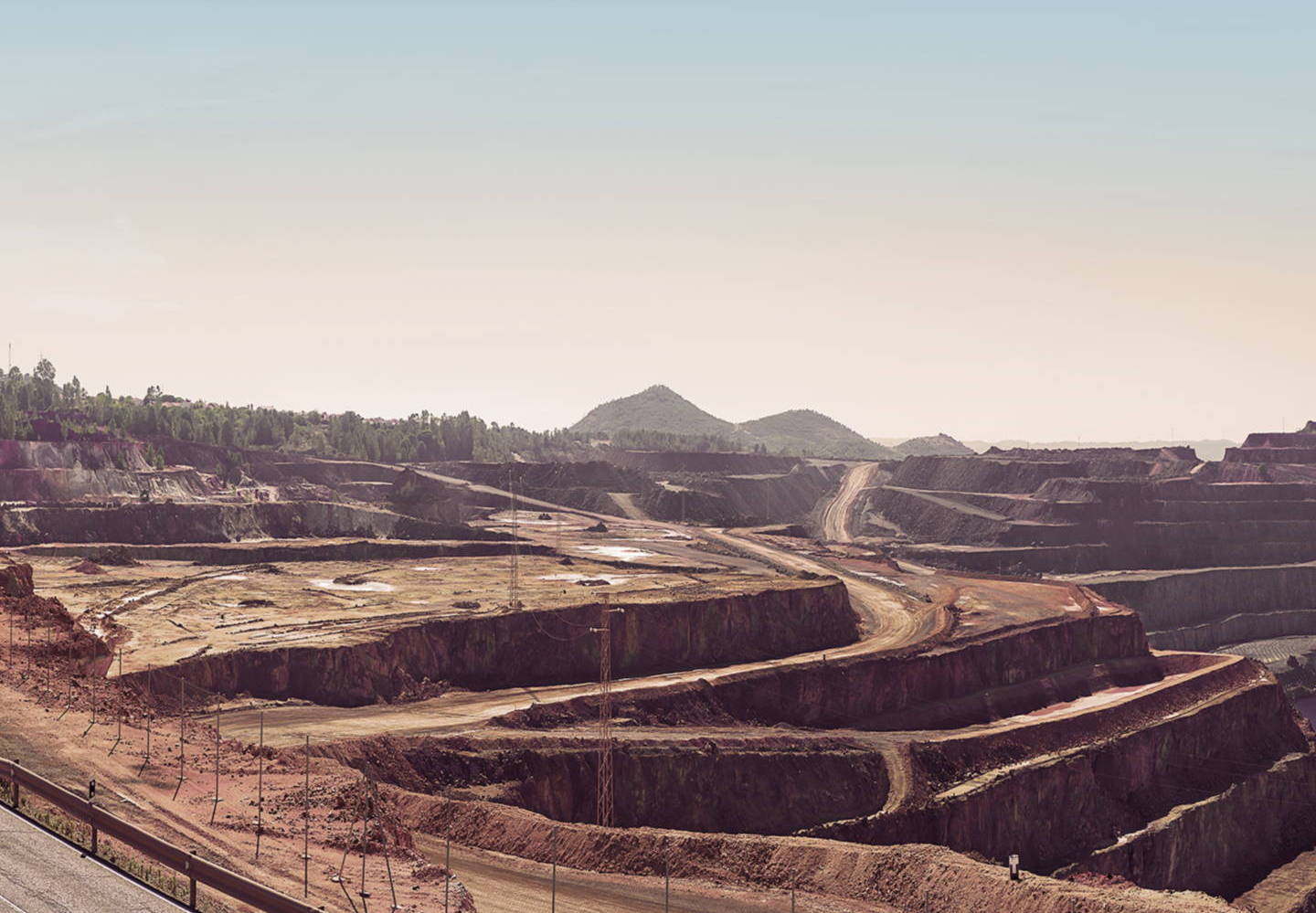 From a Glimmer to an Investment Safe Haven

In 1979, when a group of geologists followed a sparkle in Western Australia, they had no idea that they had stumbled upon one of the most profitable investment opportunities of the 21st century. Since then, pink diamonds have been a source of fascination for connoisseurs and investors from around the world. In the last decade, pink diamonds have demonstrated double-digit long-term growth in value. When other investments, including gold, have reacted to changes in the market, pink diamonds have kept their growth trajectory even during periods of great financial uncertainty.

Since the early 2000s, pink diamonds have consistently grown at an average rate of 13.8% per year¹.

The closure of the main pink diamond supply source is likely to have a considerable positive impact over the value of the diamonds currently in circulation.

In times of uncertainty, Portfolio Diversification is the key! 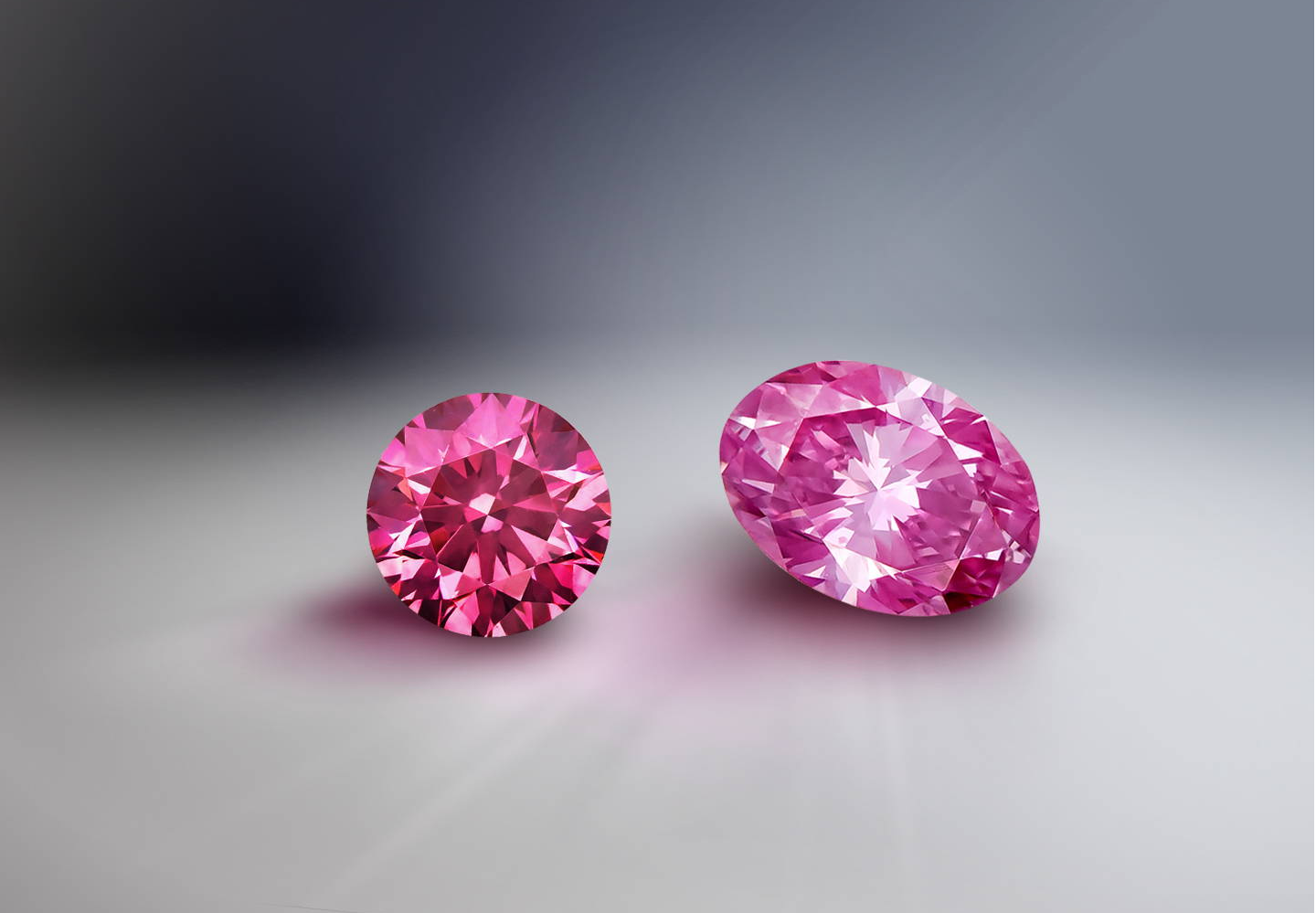 Savvy Investors know the impact of losing 30% of their portfolio's value.

We’ve witnessed the strongest bull market in history from 2009 to 2019, the S&P growing 468%. Stock markets worldwide have followed a similar growth pattern, including the ASX, FTSE and DAX.

But we’ve also learned to expect an economic downturn roughly every ten years. So, the world was overdue for a period of economic shrinkage since the 2008 financial crash. COVID-19 outbreak is the spark which has set the financial world afire, stock markets crashing more than 30% over a period of just weeks.

During such times a diverse investment portfolio can hold its value despite the market volatility. Commodities have been demonstrated to have a strong negative correlation with international equities markets. As such, when stock markets across the globes crash, go-to commodities such as gold, silver and platinum rise in value. However, fear-buying only temporarily affects the price of these commodities. Gold, silver and platinum have all performed similarly during the 2008 crisis, jumping up in value from 2008 to 2011, then falling back to the original value by 2013.

Pink diamonds, on the other hand, went up in value consistently and are now at an all time high.

Can pink diamonds keep their crown in the face of the fundamental economic crisis that we are facing now? All investment opportunities are dependent on a variety of factors and come with their own set of risks.

However, Pink diamonds possess the following characteristics which make them particularly resilient investment instruments during times of uncertainty. 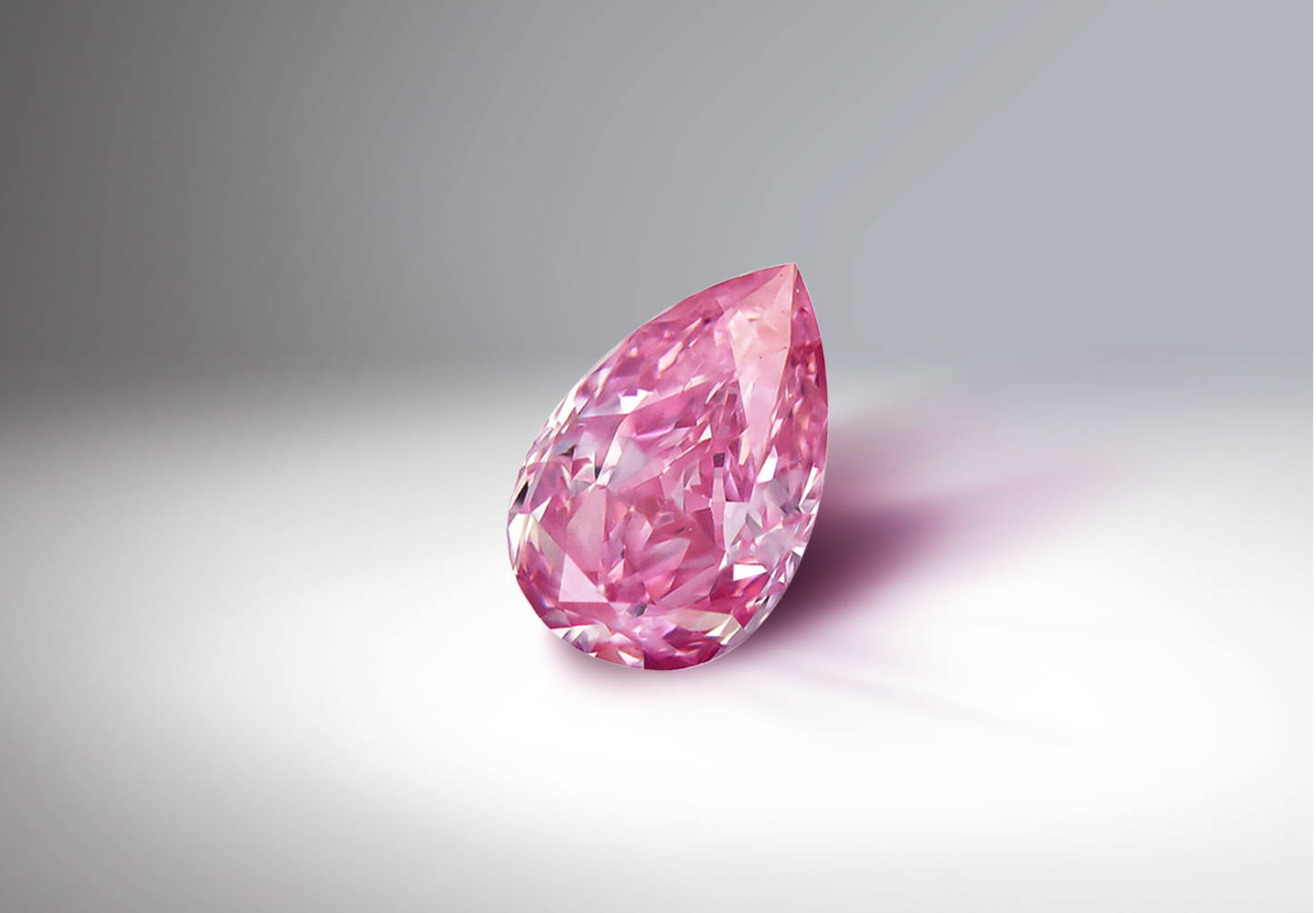 Exceptional Rarity - Less than 0.02% of the world's diamonds are classified as pink

One of the most important factors in the growth of pink diamonds is their rarity. Australia’s Argyle Diamond Mine is not only one of the largest diamond mines in the world, but also the overwhelming source of pink diamonds. The Argyle mine in Western Australia is the 4th largest³ producer of diamonds. Out of 140 million carats of diamond, only 0.1% are pink. Isolated pink diamonds have been also found in Brazil, Africa and Russia, but the findings are even rarer and more inconsistent.

The Argyle Diamond mine, which produces 90% of the world’s pink diamonds, have been closed since Nov 2020, cutting most of the world’s supply. As such, these stone tenders are exceptionally rare and are set to become an Australian heritage. Their beauty and uniqueness have gained the attention of collectors and investors worldwide. Gaining popularity day by day, the diamonds currently in circulation see higher and higher demand. The fact that little to no more diamonds will be discovered has consistently pushed their value upwards for twenty years.

Since 2000, pink diamonds have appreciated in price by 500 per cent⁵, Arnaud Soirat, CEO of Rio Tinto Copper & Diamonds says. They not only outperformed equity markets but avoided altogether periods of sharp decline. 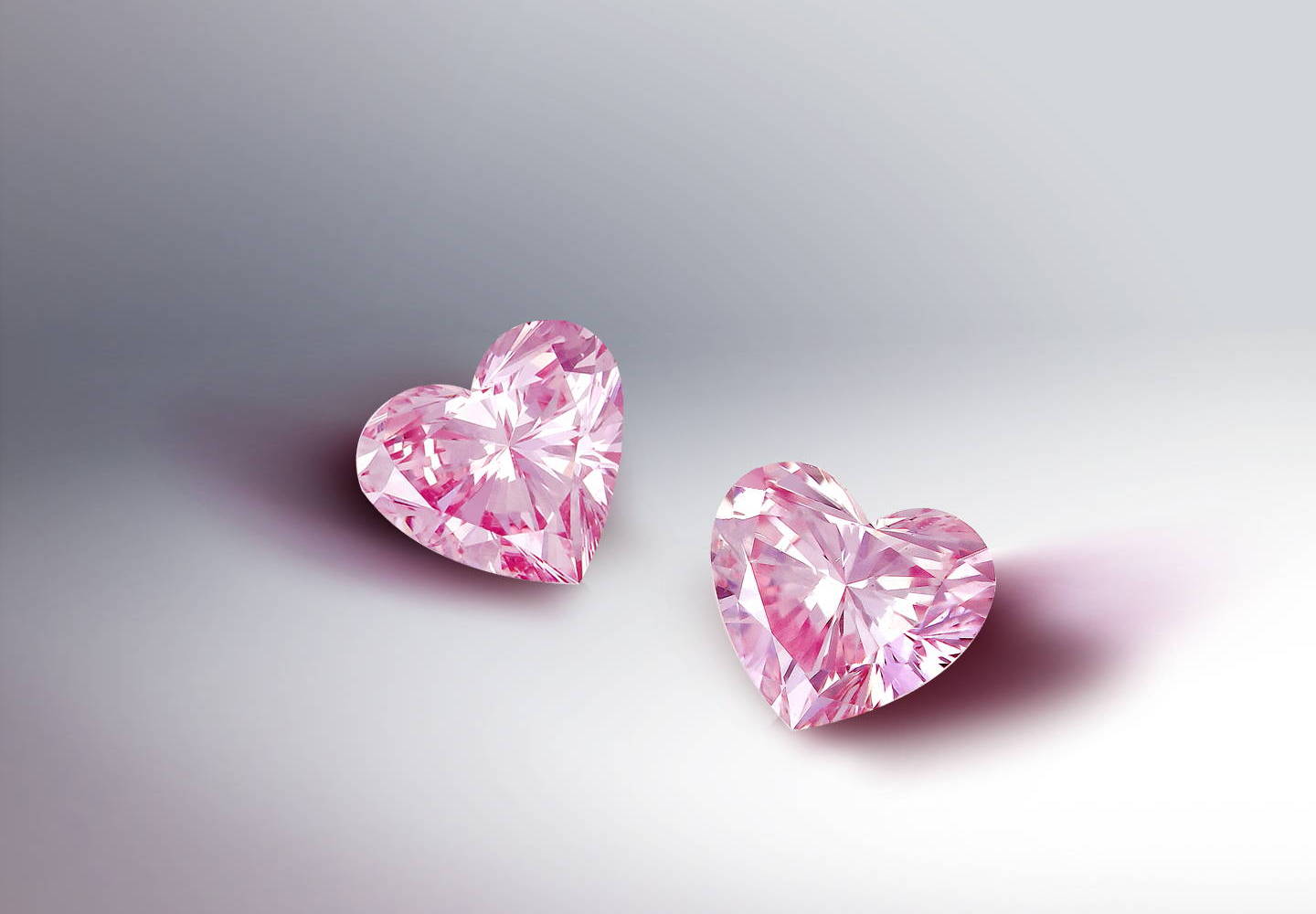 Pink diamonds can be added to self-managed super funds alongside other types of assets, helping you create a robust and more resilient long-term investment portfolio. To be added to an SMSF, diamonds must be stored in a vault and have their location documented in order to prevent them from being lost or destroyed. These criteria for adding diamonds to a SMSF ensures maximum security for your physical assets, making pink diamonds a sound choice for long-term investments.

Objective Valuation - All valuations are carried out by official independent associations

Valuations are carried out by the Gems Study Laboratory or with the Gemological Institute of America. They follow a standardised, objective process which will provide an expert opinion on the current market value for the piece of jewellery or diamond.

Valuations are carried out by the Gems Study Laboratory or with the Gemological Institute of America. They follow a standardised, objective process which will provide an expert opinion on the current market value for the piece of jewellery or diamond. 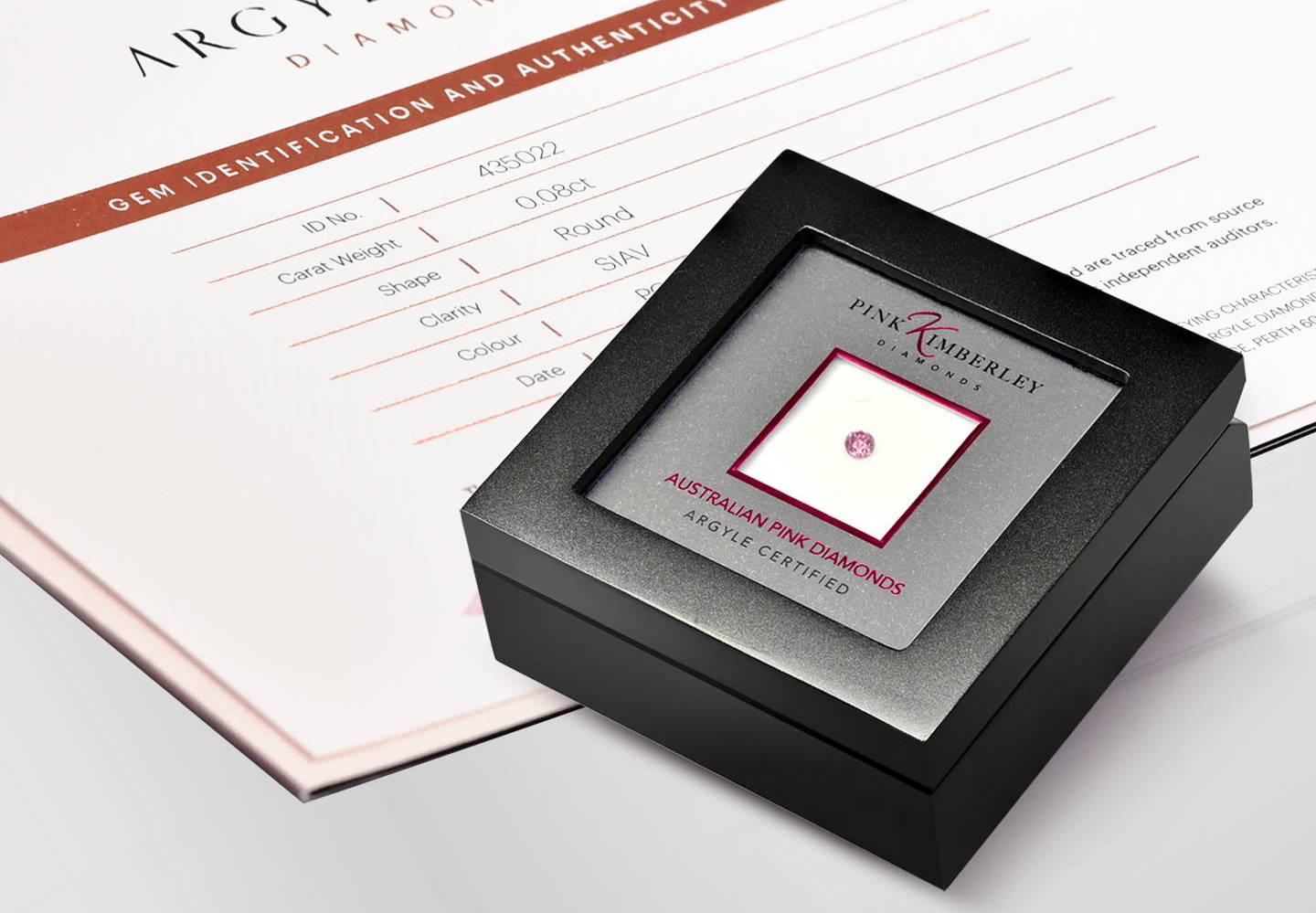 Investors benefit from peace of mind when buying pink diamonds from reputed suppliers like Pink Kimberley as authenticity is guaranteed. Most pink diamonds over 0.08 carats come with an Argyle Gem Identification and Authenticity Document. The documents can be verified on the Argyle Diamond website for all diamonds issued from 1st January 2009. In addition, all polished pink diamonds from late 2004 have a laser inscription on the girdle.

Invest now to solidify your portfolio!

Comprehensive studies have shown that commodities such as precious metals and diamonds are an effective way for achieving true portfolio diversification. Pink diamonds are a great opportunity for maximising your portfolio’s performance. If you need more information on pink diamonds and their investment potential, feel free to contact one of our expert advisers.

At Pink Kimberley, we offer a wide variety of pink diamond products to suit all your needs, varying from jewellery to loose diamonds. We recognise this is a key moment for portfolio diversification and we are here to help you make smart investments at an unbeatable price.

Start your journey, have us call you back or see some diamonds in person: